What is a Gyroscope?

Powerball® is a gyroscope but what exactly is that?

What is a gyroscope? Well, an agreed definition is…

‘A device consisting of a wheel, disc or rotor mounted so that it can spin rapidly about an axis which is itself free to alter in direction’ 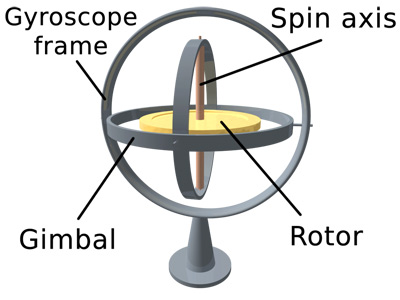 Visually seeing a gyroscope at work makes it easier to understand for the uninitiated. So here’s a little video that sums it up nicely;

Gyroscopes have some really cool applications. Most items that have spinning wheels somewhat resemble a gyroscope. Gyroscopic motion is actually present in bikes and motorcycle wheels as well as kids favourites like frisbees and Yo-yos (Big kids can love these too of course!).

Gyroscopes Keep us all alive….

Ever wonder why or how planes and space crafts can judge their direction with such absolute precision? Gyroscopes are used in virtually all aviation and space technology in order to measure precise changes in orientation and direction. This all gets bit technical so we won’t go into too much detail. Basically, when you try to change the direction of a spinning gyroscope this creates a force that instruments can detect with extreme precision allowing them to make directional changes to the plane or rocket they’re controlling.

A gyroscope also helps items to balance far better once the wheel or rotor is spinning. As you can see from the video above a gyroscope has zero balance while its rotor wheel is stationary – it’s simply a lifeless inanimate object that falls over when you try to balance it. But once the rotor wheel is set in motion, the gyroscope comes alive, demonstrating almost “magical” properties. This allows gyroscopes to perform all manner of what seems like gravity-defying tricks and movements.

Robots, Gyroscopes and not falling over

Robots also use gyroscopes to help them balance. If a robot starts to lose its balance while trying to walk then its internal gyroscope senses this change in direction and counters this with an opposite force to keep it upright. You see, once a gyroscope is spinning and facing in one direction, it doesn’t like to change that direction and will “fight” hard against anything that tries to make it do so. Like a falling robot or an airplane being buffeted off course by turbulence.

Here is a video which illustrates this. (Hint: you might see a familiar object being used as a gyroscope here 🙂

Anyone who is familiar with Powerball® might now be thinking ‘hmm…was that a Powerball® rotor being used to balance the robot?’  Indeed it was…the gyroscopic inertial force generated by the spinning Powerball® rotor keeps the robot standing every time it looks like it might topple over…

Take a look inside Powerball®…

I’ve been mentioning a lot about rotors and here you can now see what a Powerball® rotor actually looks like. It’s that solid green wheel with the metal axle/bar running through its center (heavier, solid zinc rotors are used in metal series Powerball® models). In the example below, the rotor is encircled by a plastic support band which allows the rotor to spin freely in both its ‘X’ and ‘Y’ axis with almost zero friction. This is all then encased in a military grade plastic sphere (or stainless steel in the metal series models) and ready to generate all those amazing forces on your wrists and arms. 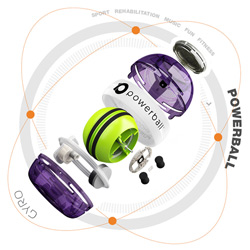 Setting the Powerball® rotor in motion…

Similar to how the gyroscope was started in the video above with a string, our cord-start Powerball® models can also be started this way too. The rotors can also be set in motion either using a quick snap of your finger or, better still, on our Auto-start models by simply rolling back and releasing the rotor as seen in the animated video below (the rotor may also be wound back with your thumbs if preferred). The Auto-start mechanism uses the same wind-back-and-release principle you’ll see in those toy cars where you roll the car backward and it shoots forward.

So how does Powerball® work?

Now that you’ve grasped the basics behind how a gyroscope works (and look, if you’re still struggling, just do yourself a favor and go and buy yourself a Powerball® – and find out for yourself!) The two main reasons Powerball® generates such powerful non-impact resistance force against the users are;


This is the force that fights against you when you try to change the direction of any spinning body (eg, like a Powerball rotor).

So what is inertia? Recently, I was driving to work and had my lunch (which included soup) on the passenger’s seat of the car. I went around a roundabout (a little too quickly) and my soup and lunch went flying off the seat. And this, unfortunately in my case, is what inertia is; an object in motion will continue on its path until it is acted upon. I.e, my soup continued in a straight line until my door intervened!

The inertial energy may also be used for some pretty cool features on Powerball®. For example, the energy can be used to power up little-LED lights embedded in the spinning rotor so that you can enjoy your own personal disco while exercising if you wish (maybe not!) It’s also used to power up the battery-free digital counter now present on some of the latest models, making the product 100% battery free.

Isometric exercise is where joint and muscle length do not change during exercise, despite each being subjected to a constant force or resistance. For example, if you push your palms hard against both sides of a door frame then your muscles and joints will remain static yet your arms and shoulders will be under considerable pressure.  When you rotate your wrist while holding a spinning Powerball®, your fingers, hands, wrists, arms and shoulders will all be subjected to a highly targeted isometric force. Which muscles are exercised will depend on the position of the arm as you exercise with Powerball. Isometric exercise like this is uniquely adept at improving muscle strength & endurance as it’s been proven to engage a far higher % of muscle fibers over a given time frame when compared to traditional isotonic exercise (free weight training etc).

For this reason, Powerball® has a long history with climbers, cyclists and arm wrestlers in particular swearing by it. 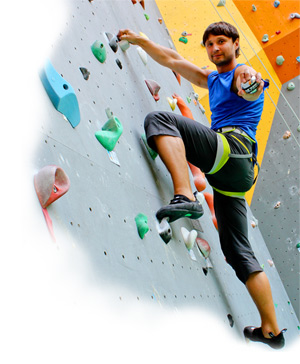 Isometric exercise is also highly efficient for rehabilitation purposes. Concentric & eccentric types of exercises (raising and lowering a dumbbell for example) involve contracting or expanding of muscles. Both of these types of exercise can be very painful if recovering from a broken bone, sprain or fracture and particularly painful if you’re carrying a repetitive strain injury (RSI) where the tendon which attaches your muscles to the joints of the wrist, elbow or shoulder has become inflamed. Because Powerball® exercises and applies its force to your muscles while they are in a static position this means that it is much safer to use when recovering from such injuries. It is highly efficient at [significantly] reducing overall rehab times simply because you are able to strengthen the limbs even while carrying that injury.

You can read more about the science behind how isometric exercise works for rehabilitation on our How it Works page.

So, thanks for reading our small exploration into the world of gyroscopes from Powerball’s point of view – if you happen to know any cool or interesting facts on gyroscopes that could add to this article then please get in touch, we would love to hear all about them and add them to the blog. 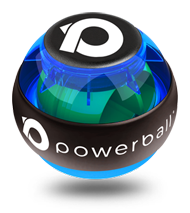 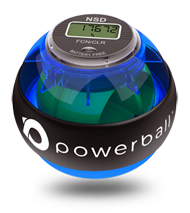 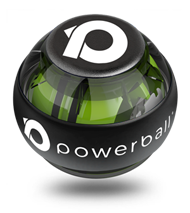 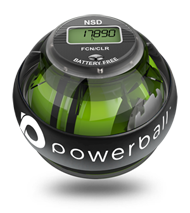 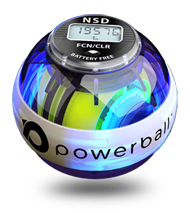 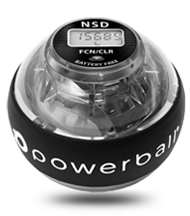 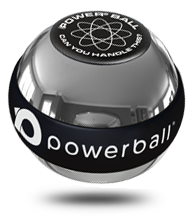 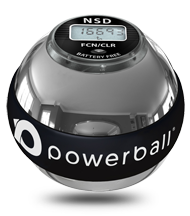 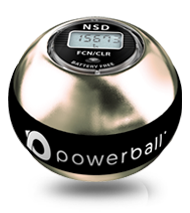 Can Powerball® help someone you know?

Email This Article to a Friend

Buy for a Friend